When troops were moved or on campaign, the most often recurring task for the roman soldiers was to set up a so-called marching camp every evening. Pioneer groups, who marched in front of the mass of soldiers, selected an adequate place for the night, measured and marked it, so that every group of soldiers arriving at this place knew directly where they had to set up their tent. If possible, the outline of a marching camp was similar to a permanent camp and as far as it was possible with respect to the terrain, it was set up with the same scheme every day. It can be assumed, that every centuria used space of about 45 x 10 meters. At first, on part of the soldiers stayed armed and secured the location, while the other soldiers build a simple, but very effectiv fortification that surrounded the hole camping ground. For this purpose, all along the planned fence line the grass was cut out in blocks. The ground was loosened with hoe (dolabra) and spade, lifted in pasture baskets from the ditch and up-poured directly behind it to a rampart. Into the upper edge of this rampart the carried wooden poles (valli) were sticked and were connected with ropes. The blocks of grass were put on the outside of the rampart to make it a less solid group for enemies who try to attack the fortification.

After errecting the fortification, the soldiers could set up the tents. Centurions and officers of higher rank had single tents for themselfs, whereelse the common soldiers had to share a tent by eight men. The tents were made of leather, because this is the only material which can be made waterproof by ancient techniques. Due to special pricking techniques in sewing the outer surface of the leather stays complete and undamaged, so that it can be made water-repellent by treating it with grease and wax at regular intervals.

Several duties (e.g. guards, labour service, provisioning) had to be arranged, before the soldiers could start to kibble their rations of cereals, prepare their meals and maintain their personal equipment. Even at nigth some soldiers had to keep watch so it was sufficient that the tents where big enough for six soldiers to sleep. The scutum was layed to the ground and served as some kind of bed, on which skins and blankets could be placed. Equipment was stored at top or foot or outside the tent if the weather was good enough. Mounts and pack-animals were kept inside or outside the camp, depending on the possibility of hostile attacks.

Additionally to marching camps there are several reasons why non-permanent camps could be used for more than one night. For example they could be a gathering place for different parts of a greater army before starting to a campaign. In other cases, small camps used a few days where set up when soldiers performed civilian tasks in building infrastructure. Size and fortification of these camps could be very different according to the specific requirements. The I. ROEMERCOHORTE OPLADEN e.V. uses this posssible reasons for a camp as a context for their presenations and tries to show various aspects of camp life during its presentations. For example, this includes explanations of survey techniques to measure the camp outline as well as soldiers drill and training and preparing meals with grain-mill at the campfire. According to the pictures of Traian's column in Rome and authentic remainings of leather, all tents are made by hand from leather and form the largest and most authentic reconstructed roman camp all over the world. 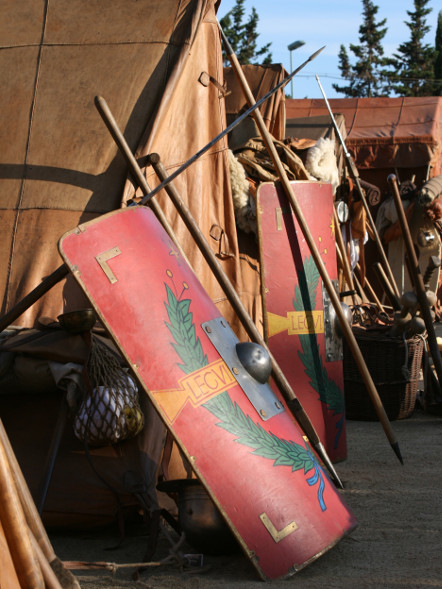 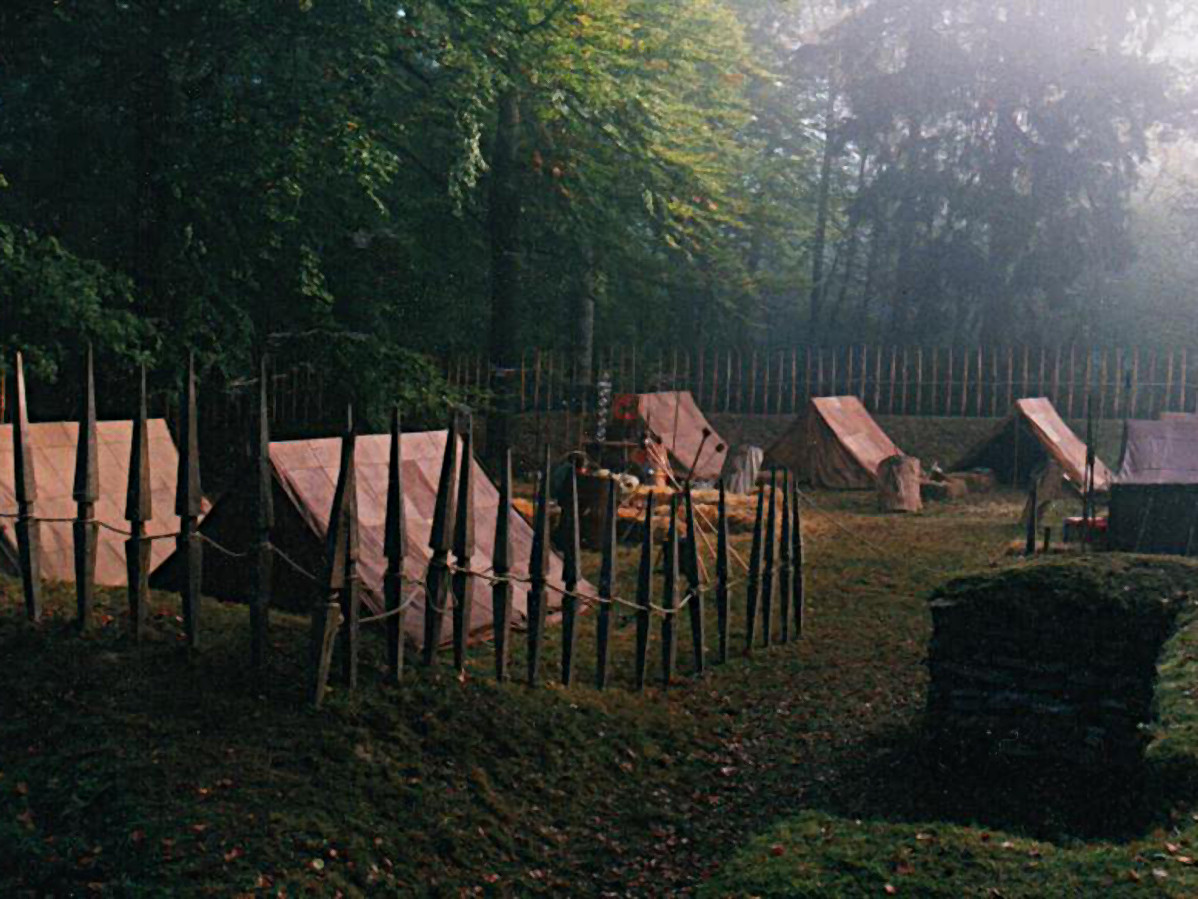 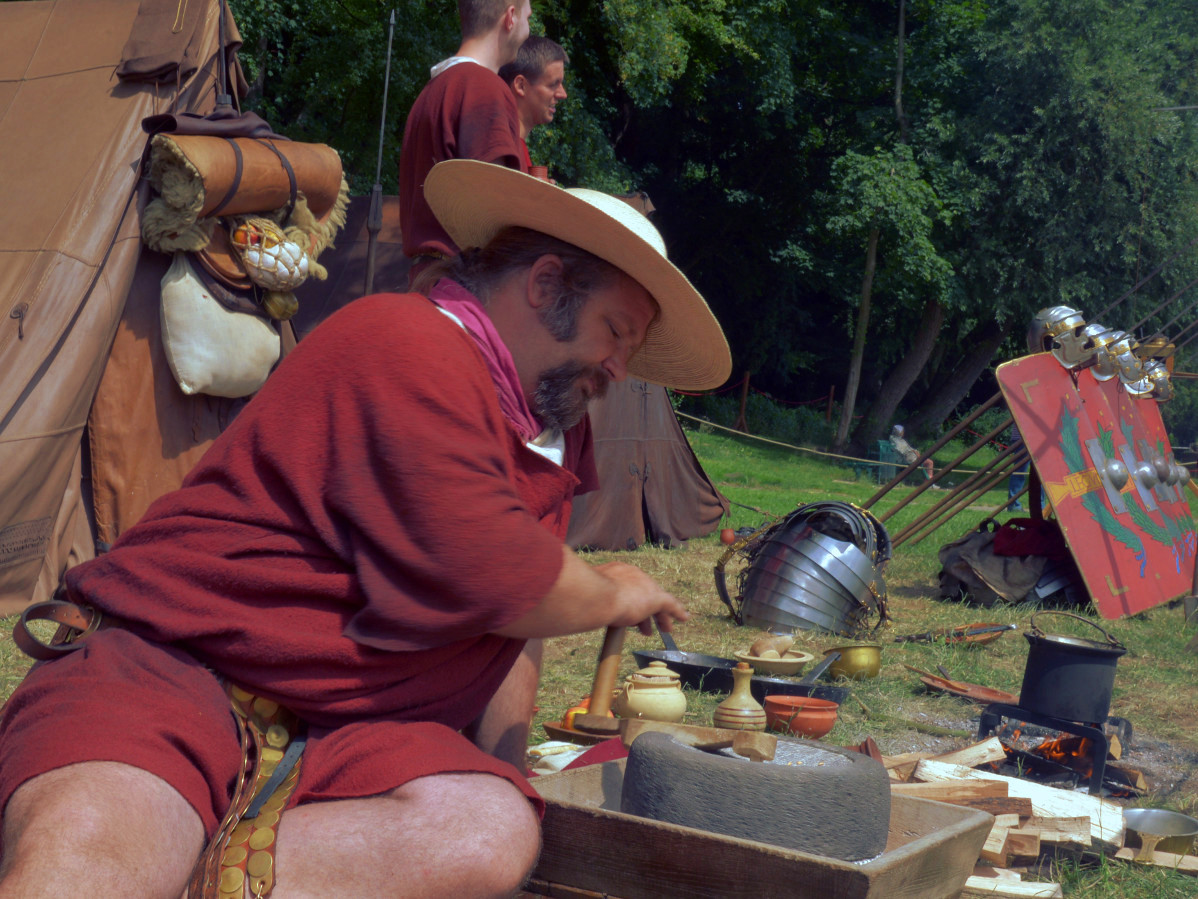 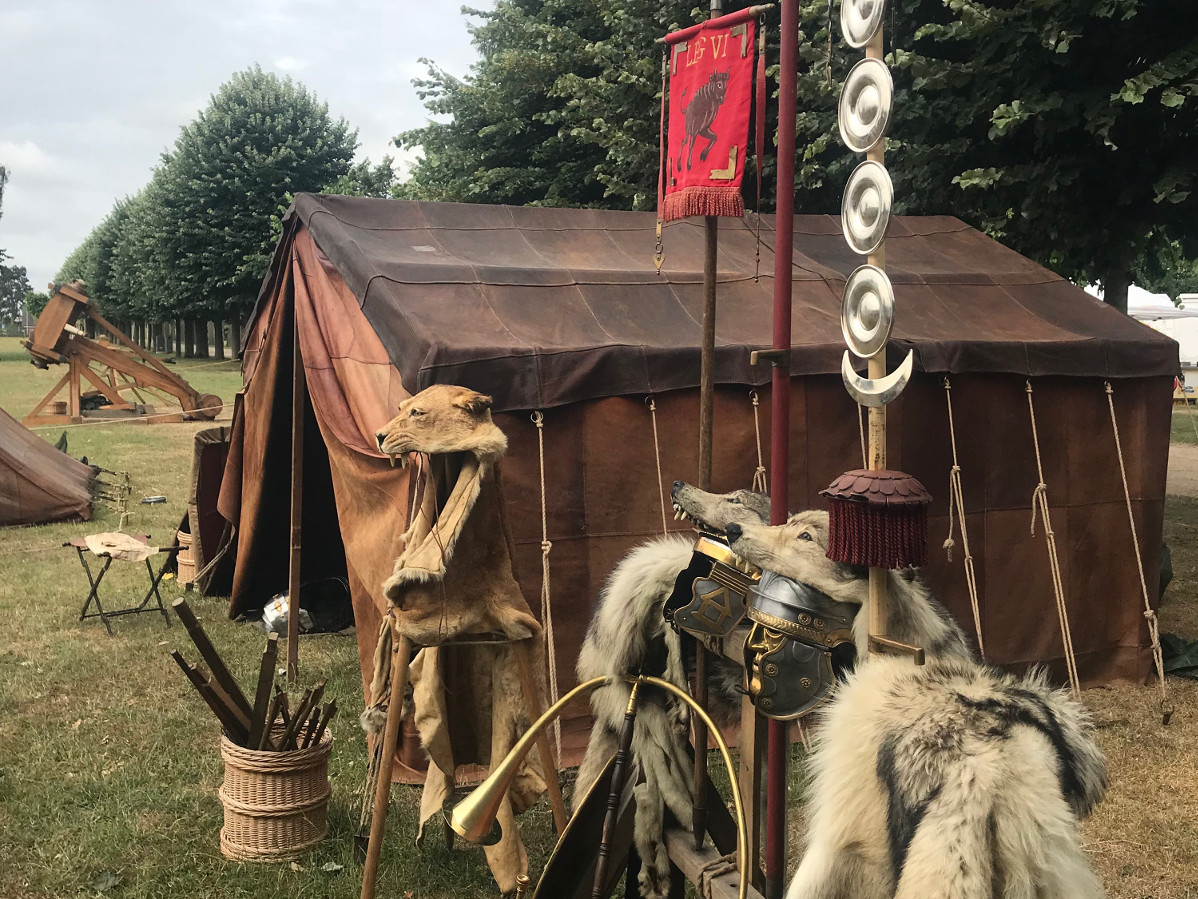 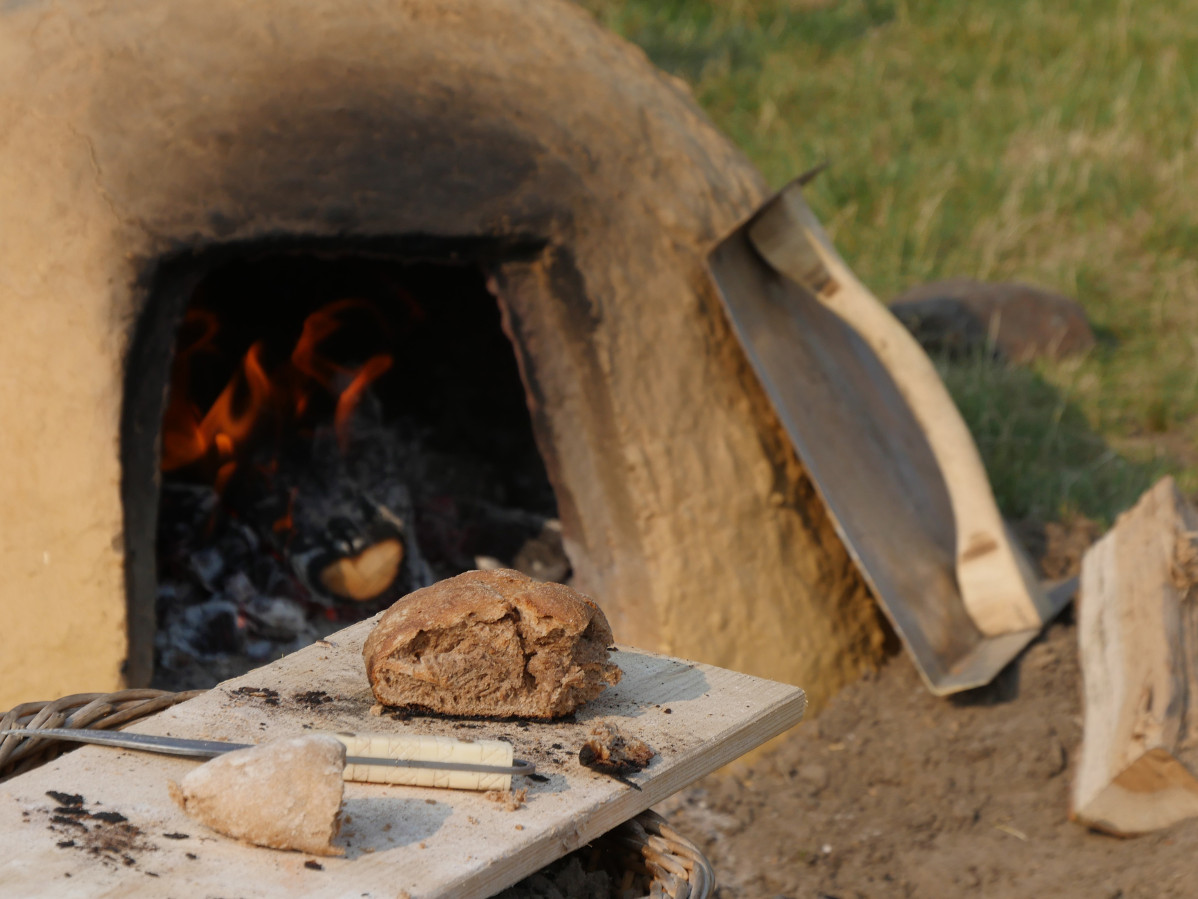